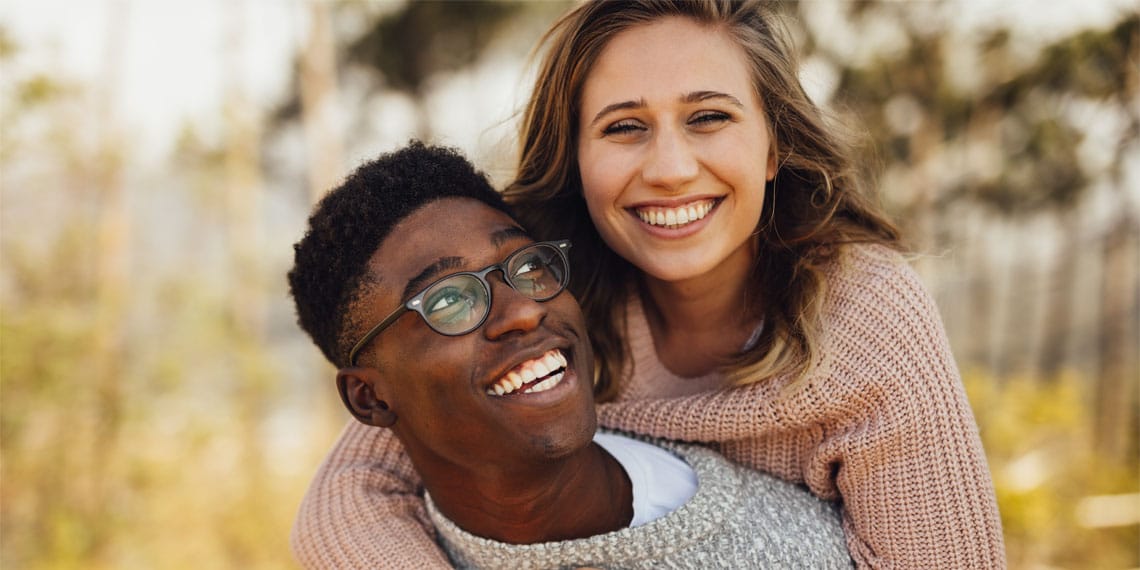 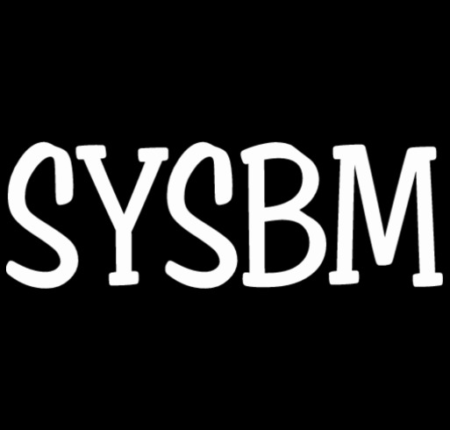 Very much appreciated to King Sigma for putting this video together.

1. SYSBM(the movement, philosophy and lifestyle originated, created and founded by MAD BUS DRIVER) IS NOT ABOUT SAVING THE BLACK COMMUNITY. As far as we are concerned the black community is dead and black women were the ones who killed it. By the way as I’ve mentioned before black women ARE THE BLACK COMMUNITY, black men on the other hand in their eyes are not considered to be part of the black community, the black female looks upon them as OUTSIDE HELP to forward her agenda and her agenda alone.

2. We at the SYSBM Knights Roundtable recognise the necessity to EXCLUDE black women from any and all building and construction endeavours due to the fact that the modern day black female’s contractual obligation towards the State is to keep black society and black men flat on their faces until the end of time. In other words, you CANNOT build anything with the black witch in your midst, NOTHING YOU ATTEMPT TO BUILD WILL BE SUCCESSFUL because she at the same time will try her best to sabotage and destroy the works(as per her State occupation and obligation).

3. SYSBM is all about expanding upon one’s dating, marrying and procreation options with high quality women. Now, in its earlier stages SYSBM did include quality, functional, feminine, good looking, in shape, natural, submissive, cooperative and CHILD FREE black women, HOWEVER it is now widely recognised by the SYSBM troops that at this point such women have become an extreme rarity to the point of extinction. Thus the non mixed black female by default is excluded as a viable and sustainable choice of long term companion by true SYSBM practitioners. Free thinking black men who practice SYSBM will almost certainly find themselves dealing with quality women of non black ethnicities or mixed race females. Additionally SYSBM REJECTS SCRAGGLE DAGGLES FROM ALL RACES OF WOMEN.

4. As stated concerning MGTOW, SYSBM and IBMOR though there may be similarities in the lifestyles ARE NOT ONE AND THE SAME. From what I understand concerning IBMOR the woman you’re to settle down, marry and procreate with must be a black female, on the other hand the SYSBM lifestyle gives black men the freedom the date, marry and procreate with quality women of ANY ethnicity, in other words you are not restricted to the black siren alone.

5. SYSBM encourages the black man to travel the world and to experience new people and new cultures. As I’ve stated before, as a black man who lives in the United Kingdom the attack on passport holding black men from the passport and dick policing units of the pro black female black male community back in 2019 is a foreign concept to me as over here possessing a passport is a fundamental tenet of black people period. As I’ve stated before, in the UK as a black man NOT having a passport will be looked at as very strange and frowned upon.

6. SYSBM is all about honesty and self improvement, this is yet another reason why the SYSBM brotherhood rejects the modern day westernised black female and recognises that we cannot mesh together with her. The current philosophy of the black woman in 2019 and beyond is to blame black men for everything that goes wrong in their lives yet take accountability for absolutely NOTHING. Any relationship where only one party is ever held to account is a doomed one from the start.

7. SYSBM STAUNCHLY REJECTS FEMINISM, HOMOSEXUALITY, LGBTQP and any and all related branches, we do not support such lifestyles that are decadent, reprobate, degenerate, dysfunctional, reprehensible, malevolent, abominable, unnatural and contaminated. Additionally, we DO NOT believe that men and women require equal rights because we accept the inherent differences between the sexes. Men and women ARE NOT THE SAME, it is the man’s duty to lead and the woman’s duty to follow his lead. This is yet another reason why black male/black female relationships typically do not work, black women refuse to submit to and be lead by the right type of black men, though they’ll have no problems following the lead of 12 Gauge Mike, Field Mouse, Cheddar Boy, Mincy, Shorty Fist, Spanner Boy, Spoony and Shifty Sizzler. Men and women are equal in VALUE but NOT in terms of rank and authority. The man is in charge of the woman, any women who refuse to accept this as such MUST BE REJECTED.

8. As stated before, the original founder of the SYSBM movement is MBD(Mad Bus Driver), he was the one who began blowing the SYSBM trumpet around 10 years ago. Although he doesn’t really like to take the credit surrounding the movement and it’s growth, it cannot be denied that he is the originator, creator and foundational pillar of the philosophy and the lifestyle attached.

9. SYSBM is all about structure, family building and leaving a legacy behind, the modern day black witch on the other hand rejects the building of the family and instead chooses to embrace vanity, feminism and single motherhood which at their roots are all anti nuclear family.

10. SYSBM unlike the black community(which is black women) prioritises and puts the heterosexual, free thinking black man FIRST as it recognises his importance as a free thinker, a leader and a builder.

11. SYSBM is all about the increase of one’s finances and assets as well as the reduction of one’s debt, the modern day black female on the other hand has little to no concept of group economics as well as building solid wealth. The overwhelming majority of black women simply want to spend money to indulge the Jezebel spirits within themselves and have no problems getting into heavy debt or bringing black men into deep financial ruin in order to satisfy their carnal urges.

12. For me personally SYSBM is all about the improvement of one’s mental, physical and spiritual health. Having suffered for years at the hands of the malevolent black female it is extremely important for SYSBM practicing, free thinking black men to deprogram and decontaminate themselves from the years of ritualistic, physical, emotional, mental and spiritual abuse they’ve suffered at the hands of black women.

13. SYSBM highly encourages connections with other black men who hold to a similar mindset, HOWEVER already having your own base in place first. There are too many black men who don’t know what their own purpose in life is, yet these same dudes “seem” to have the “right ideas” when it comes to what other brothers ought to be doing with their own lives. SYSBM unlike the black community IS NOT A HIVE MINDED PHILOSOPHY, IT IS A MUST FOR YOU TO RETAIN YOUR INDIVIDUAL MINDSET AS WELL AS YOUR OWN PURPOSE.

14. SYSBM unlike the black community holds ALL people to account for their wrongdoings, we will apply blame and culpability WHEREVER IT IS DUE. We do not excuse black women for their transgressions nor do we continually blame the white man for anything and everything wrong in black society. We do not condone nor accept reprobate and degenerate behaviour from any group, this most definitely would include black women.

15. We SYSBM Knights/Practitioners ARE NOT the property of black women, we are not beholden to black women nor do we feel obligated to protect and defend black females. As far as we are concerned since black women continually claim to be “strong and independent” and since they openly choose to embrace the philosophies of Babylon via their worship and obedience to the State, therefore they have now become government property and thus it is the State’s job as their new leaders and owners to protect them, NOT OURS.

16. SYSBM MEMBERS ARE NOT DICK POLICE OFFICERS, unlike the pro black female/black women first pundits we on the flip side do not attempt to bully and intimidate black men into dating non black women, we simply show them the evidence of black female skullduggery and dysfunction and in light of this advise/recommend that black men ought to seek out love and companionship elsewhere. Most black men refuse to listen and still choose to deal with black women at their own peril, that is not our problem, their blood is not on our hands, we did our part by at least showing them what the real deal is with these modern day feral black females.

17. SYSBM does not obligate black men to swear allegiance to the lifestyle, there is nowhere you have to sign your name in blood, free thinking black men are free to take the SYSBM philosophy and tailor it to their personal needs according to their own lives.

18. True SYSBM practitioners have nothing to do with the black community as a whole and have no problems declaring and standing by such a position. It was the so called “community” that in most cases ousted free thinking brothers from its ranks to begin with, we accepted its decision and subsequently moved on.

20. SYSBM is all about looking out for children and the future, this is one of the core reasons why we choose NOT to have children with black women, because black women as a collective hold a deep disdain and hatred for black children and thus will not hesitate to destroy such offspring either via abortion or if the child survives to being born using sexual, emotional, physical, mental and spiritual abuse to destroy the child’s body and mind.

21. SYSBM DOES NOT PUT NON BLACK WOMEN ON A PEDESTAL, this is a frequent fabrication often fabricated by black women as well as their pro black female/black women first brigades, we simply admire non black women as a group despite their various shortcomings for their overall cleaner appearance, presentation as well as their wiser lifestyle choices. There may indeed be individuals within the movement who do put their particular preferences of non black women on a pedestal, however the SYSBM philosophy DOES NOT.

22. SYSBM brothers do not deal with non black women who have black females as friends because hanging around black women is guaranteed to leave them contaminated and thus no different to the dysfunctional black females we walked away from to begin with.

23. THE SYSBM brotherhood WILL NOT BE NEGOTIATING NOR HORSE-TRADING WITH ANY BLACK WOMEN ON ANY LEVEL AT ANYTIME, black women have chosen their particular path, in like manner SYSBM brothers have chosen theirs. Both pathways are completely opposite to one another and thus cannot be meshed together.

8 thoughts on “The SYSBM Tenets”