FOOLISHNESS AT ITS HEIGHT

It is 2012 and many of you women are still single and you still cannot deduce why you cannot obtain a man, or at least if you can get the man, you cannot hold onto the man for very long. Some of the criteria that I have heard you women quote that the man you are looking for must fit into, is quite frankly and being honest dumb, stupid and unrealistic. It seems that many of you haven’t learn a thing from the failure of your feminism/independent trips and are still attempting to trundle down the same roads believing that somehow you can still be successful in your goals and that the outcome will be different……keep dreaming.

Listening to some of you women converse in relation what you look for in a man and what you tend to avoid can be quite interesting and entertaining, however there is one subject that is continually raised, that has really caught my attention and that I feel need to be dealt with, and that is choosing to avoid a man who still lives at home with his parents.

THE FIRST OBVIOUS ANSWER IS NOT ALWAYS THE RIGHT ONE

The first predictable response you women would give me in relation to this statement is that men who still lives with both parents or their mum/dad are typically homeboys who cannot look after themselves, who still depend on their parents for various things and who cannot bare any responsibilities upon themselves. In a few cases you may indeed be correct however, rather than evaluating each gentleman on his own merits to observe what kind of character he has, a large percentage of you women have simply made it a blanket rule to avoid all men period “who still live at home with mum/mom”. Yet, the strange thing here is that if I were to ask any of you ladies where this “standard” has come from, not one of you would be able to tell me the origin of this “rule” or who even came up with this idea and injected it into society.

This simply shows me and other men the predictable sheep mentality of some of you women and how many of you will blindly roll along with something because others are doing it or because it is the latest “trend” that is being parroted out by the mainspin media. Typically, people who gain power begin to do stupid stuff, and many of you women are behaving no differently having been given an form of power(which is really an illusion, most of you are soon to find out that you have been had big time, some of you are actually making this horrible discovery right now) bestowed upon you by this Anglo European Babylon system.

Ladies, just as there are many circumstances that can lead a person to move away from their parents and set up shop by themselves, there are equally also many reasons why a man may choose to stay at home with his parents, you should not always conclude the worst if a man is still living at home with mummy and you definitely should not be jumping to any conclusions until you have met the man and at least witnessed his character first hand for yourself, as any conclusions outside of this approach are simply being drawn up in ignorance, rather like me drawing a knuckle head conclusion that “women who choose to shave the sides of their heads are violent reprobates who have all been to prison”. You would immediately say to me, “this simply isn’t true” and you would be absolutely correct. Yet why can you not see the same light with this so called “standard” that most of you religiously uphold? Living with mom/dad certainly does not always equate to a man who is not responsible and cannot take care of himself, it certainly isn’t fair to draw this conclusion without observing the man character first.

NOT ALWAYS THE “TREND”

Believe it or not, a man or a woman in times past did not move out from their parents property until they were shortly to be married or were indeed married. In fact, once upon a time it was shame for a man or a woman to be seen living independently by themselves. especially a woman. This was the case up until very recently. However obviously I understand that in recent times society has changed very much and as I stated before, there can be a 1001 reasons why a man/woman may move out of their parents house before they are married.

Isn’t it time that you ladies stopped adhering to these non sensical trends that are put out for you by the mainstream press? Isn’t it time for you to start thinking and reasoning for yourselves instead of being lead by the nose in every direction? Haven’t you had enough yet of continually being single or not being able to successfully secure a man? And I also know some of you are saying that you won’t be able to get any “quality time” at his parents house. Well I say go and rent a room for a night or two, its not like rooms are that expensive thesedays. Many of you women sometimes need to stop and think as some of you act as if there is only one way of executing an action for a particular desired result and you cannot seem to think outside of the box.

Choosing to avoid a man who still lives at home with his parents without viewing the man’s character first is simply dumb and foolish and to be honest any woman who takes heed to foolish “trends” such as this one without a prior and thorough investigation into the particular man in question is literally a fool, yes I said it, A FOOL.

A FEW MEN HURT ME IN THE PAST, THEREFORE ALL MEN ON THE PLANET MUST NOW SUFFER MY WRATH

This has to be the dumbest, most stupid and dangerous philosophy ever to be injected into women from the feminist camp. To even warrant this type of philosophy the time of day is a regression in integrity to say the least, however since it is here it must be dealt with. This has to be one of the top reasons why many of you women remain single. This type of generalization is childish and retarded to its core. You women who practice this nonsense, exactly where do you think you are going with this one and what benefits are you gaining from this vendetta? Men A and B did you some wrong, therefore all men from C-Z must now pay the price for the miscreant activities of 2 chicken necks, dunderheads you decided to go out with by the way but you always conveniently decide to forget your side of the accountability and outcome and when telling your sob stories to others, you always “conveniently” portray yourself as the victim. Also, you do realise that while you have decided to embark on your mission of spite for all men world wide, you are in fact giving the men who did you wrong a free pass as they will never see your wrath, just some poor unsuspecting bloke who regrettably has the terrible encounter of crossing paths with you. Deal with the case properly women, the man/men who did you wrong should be the man/men you take out you frustrations and anger on. How can you roll into a new relationship with a new man but still retain the thoughts and thinking patterns of old? Shouldn’t you at least give the new guy a chance before you decide to machine gun him down in cold blood and sweat?

You see, alot of you women actually meet somebody decent after your bad patch but you mess that up aswell because you are so quick to jump the gun being on full alert and standby ready for an attack, that you miss the majority good points that the new guy brings to your table, but instead home in on few niggly errors and immediately cast the man into the inferno of condemnation and rebuke as soon as a slight remnant of the past appears over the horizon. Well, remember ladies, you decided to date these idiots to begin with, you desired that “fast life” and excitement, so do not be embittered and disgruntled when the chickens come home to roost and your fast life suddenly hits the deck and stacks at high speed into the sand drag. Do not try to blame men all of the time, hold up your hands, take it on the chin, be a mature adult and accept your part of the responsibility for the calamity that has befallen you.

A CHANCE OF REDEMPTION 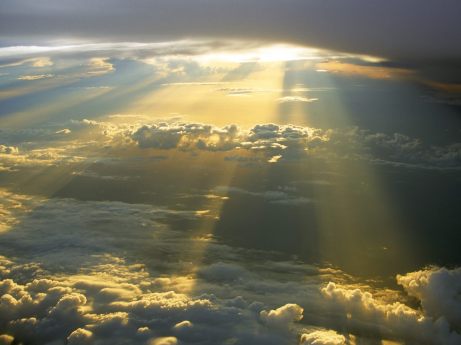 So, I’m opening up the question again, to you ladies who haven’t fallen for this so called new “standard” and who can see past this for what it truly is. May be you can answer this question for your sisters who have subscribed to this, and the question also goes out to the women who subscribe to not dating men who still live at home with their parents. Where did this trend come from and who injected it into society? If you are going to cosign to a fashion then you should at least know its origin or originator. I await the responses!

Blessings In The Heavenly Father

6 thoughts on “Ladies, Isn’t It Now Time To Put Away The Stupidity? Short Post……I Promise!”